Acclimation of transport across chloroplast envelopes

The exchange of components between chloroplasts and the cytosol is pivotal, not only to maintain basic cellular functions but it also allows regulatory fine-tuning in response to challenging environmental stimuli. Metabolites need to be translocated across the chloroplast envelope membranes in a bidirectional manner, since the chloroplast is the site of synthesis of a plethora of metabolic compounds. Results from the first funding period indicated a distinct involvement of several outer envelope metabolite channel proteins in cold acclimation. For one, JASSY was newly identified as an OPDA translocating channel in the outer chloroplast envelope. Next, OEP23, also an outer envelope channel protein with as of yet unknown specificity, was shown to be regulated in its abundance under cold acclimation. The role of JASSY and OEP23 will be investigated concerning their function, regulation and structure with special emphasis in acclimation reactions. 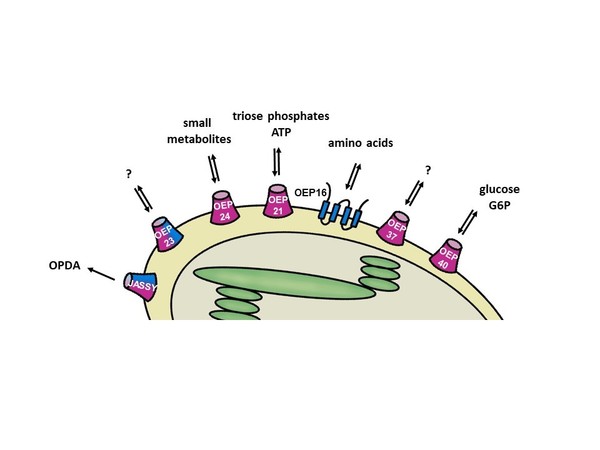